Back in the mid 2000’s, I came up with the concept of a character who handed down the mantle of his identity. The first learned about two legendary heroes, one from Middle Ages France, the other from Feudal Japan. Ranger Zero (one) began a legacy of fighting for the oppressed, downtrodden, and those who can’t for themselves. I don’t have names for the characters, if I did I cannot recall them. The only thing I do have is a basic story for most of them, and where they belong in history. 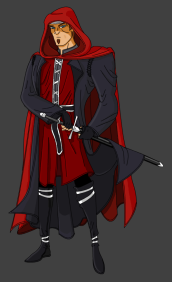 Ranger Zero Ace Fighter Pilot of the “War to End All Wars”.

The son of the WWI Ranger Zero fights crime in New York.

The adopted son of 1939’s R0, he fights Commies and the Klan with Science, and JuJutsu.

The son of 1961 R0, he rides a motorcycle and uses hightech gagets to contiue his war on crime, and drugs.

This was adapted from my original concept of the character of Ranger Zero. It all came from this piece. 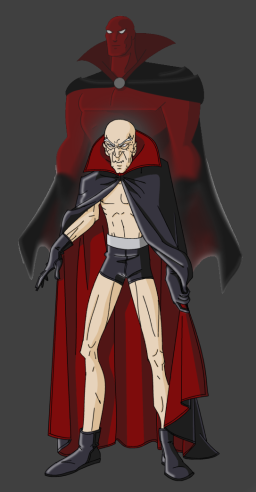 This one is the most fascinating to me. 1961 R0, grows old, and after the death of his son he sought out the killers, but was unable to defeat them. He traveled to a remote temple in the Himalayas and learned how to use Astral Projection. After a few years, he developed the ability to project a younger version of himself and become solid at will. 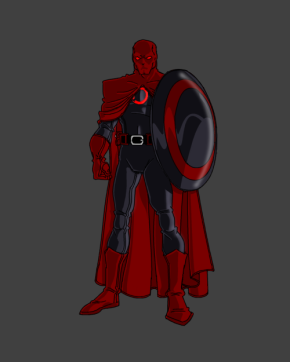 My favorite version. A combination of Batman and Captain America.

The Great Granddaughter of 1961 R0. She uses a hightech stealth suit to infiltrate, and gather evidence on street gangs and organized crime. She has no problem dismembering criminals.

An android body, which houses the consciousness of 1961 R0. Having mastered Astral Projection, conquering Time and Space were the next step. In the year 2199 he became the Immortal Ranger Zero. 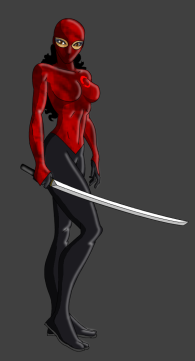 When Ranger Zero goes MIA, the heroes of the Multiverse take up his mantel and search for him. 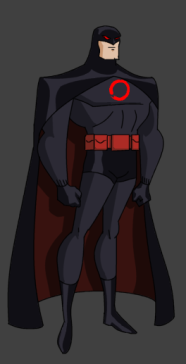 This site uses Akismet to reduce spam. Learn how your comment data is processed.

Every purchase from Entertainment Earth provides us with store credit

#KingKong drinking glass
#Drawing: Golden Age #Marvel (then Timely #Comics) hero, Namora, cousin of Namor the Sub-Mariner, and princess of the deep.
#StarWars & #SpaceWales homemade #Meme
#Skylight in #Ruins
#Vintage #Kenner Darci Cover Girl #Doll from 1978 is a personal favorite. Better constructed than #Barbie, she just didn't catch on with consumers. I purchased this one in a lot of folks for $10, and made my money back x 6 with 3 dolls left over👍 Goin to keep #Darci in my collection for a while.
Creating my avatar from #vintage #toys. #StarWars Kenner #BobaFett #Kenner Maskatron @mattel's #ShogunWarriors @hasbro's #GIJoe #AdventureTeam Mike Powers the Atomic Man @mego_corporation's #captainamerica
Master #Yoda says, "Have an incredible week, you will."
Poohzilla: my #design of #winniethepooh merged with #Godzilla. You can find this #graphic and more on my @teepublic shop... https://www.teepublic.com/stores/doctor-multiverse
#Drawing: #WonderWoman from #Sketch to #Inks.
Legacy Hero: Ranger Zero #CharacterDesign More here: https://doctor-multiverse.com/2018/11/03/legacy-hero-ranger-zero/
#Sketch: Captain Britain
#StarWars #Doggie dress-up, Pixie as #Yoda. #Jedi mind tricks in 3, 2... "Give me treats, you will."
#StarTrek II: the Wrath of Khan #Vintage #Vinyl
#JurassicPark: #Raptor hand puppet. #Vintage #Toys
#Superhero Girls' #WonderWoman. I liked the design of this #doll line.
Max Steel, 1998 by Mattel. This one is on my #etsyshop for $27.99 (#freeshipping). https://www.etsy.com/listing/710733962/mattels-max-steel-1998-free-shipping
#ET the #extraterrestrial. I sported this shirt when I was 12.
#Vintage #digitalwatch. Sadly, it no longer works. It's still pretty cool though, and I don't even wear watches anymore.